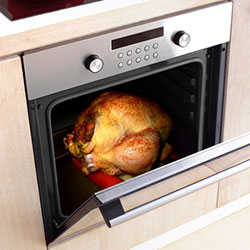 The fact is, there is no "best" way. It is a debate with no right answer.

The same goes with baking AMIs:

Its a scale - fully baked through to half baked and unbaked/raw.

I have watched engineers debate the pros and cons of how much to bake into an AMI and it ends up being a religious (and sometimes heated) discussion. It is certainly a discussion that needs to be had, and a call needs to be made, but there is no one right answer.

To aid in the debate, here are some talking points:

The majority of people using AWS seem to go for some kind of half-baked situation, picking and choosing which tradeoffs make the most sense for how they like to work. Episode 5 shows you how to use Aminator with Ansible to bake AMIs, but makes no assumption as to how much you want to bake in. Episode 4 shows you how to perform customizations on boot using user-data and cloud-init. Both are perfectly valid, and can even be used together.

If I have missed any points, please let me know in the comments, and I'll be happy to edit this post.

Have a Happy Thanksgiving, and enjoy your turkey, no matter how it is prepared.