While we understand pretty quickly how much easier, cheaper and faster it is to get started with Amazon Web Services than with traditional data center providers, it is taking much longer for people to comprehend the power of AWS.

Infrastructure is dynamic now, not static. Instead of talking to a sales rep for an hour to maybe get some servers a month from now, we can make a single API call and have 1 or 1000 servers in under 10 minutes. When we don't need them anymore, we don't need to search for an early termination fee hidden in the contract someone else signed last year, we simply make another API call and the servers are gone. We turn them off as easily as flicking a switch.

It's not just servers that are changing. Its not even just infrastructure that's changing. It is the way business is now conducted. Izzy over at Stackdriver was kind enough to share this slide with me, which sums it up nicely: 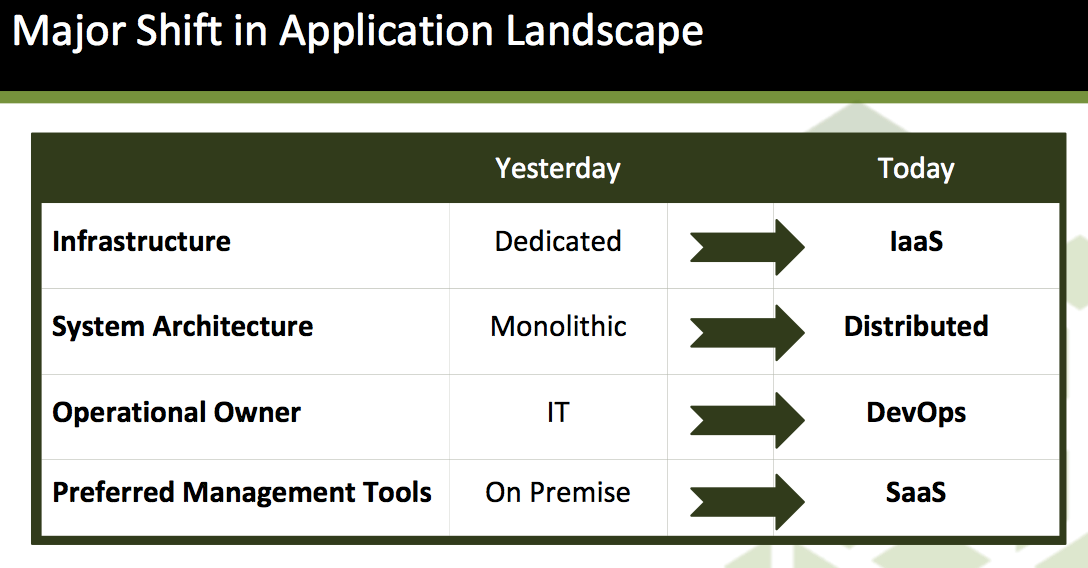 This shift is making it easier than ever to start a new business, by lowering barriers to entry and enabling it to move quickly to find product-market fit. AWS has released over 30 services, none of which require up-front contracts, and all are pay-as-you-go. Zero CapEx. 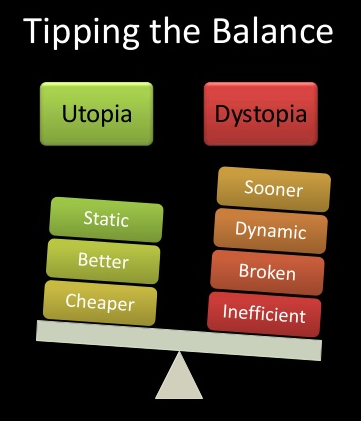 Adrian Cockcroft from Netflix, the company responsible for a third of the internet's traffic every night, describes the future as

a dystopian world of buggy apps changing several times a day, running on ... something I can't see, that only exists for a few hours

If your business is not moving at this speed, you are not learning fast enough. This style of business applies to the Fortune 1000 as much as it does to The Lean Startup

. Sure, you can get better performance for a cheaper price by not using AWS, but will you be able to innovate as quickly and adjust your course, or will your optimal, efficient company die because the market shifted and you couldn't adapt?

In his 2012 re:invent keynote, Werner Vogals, CTO of Amazon spent the better part of an hour extolling the new paradigm and new way of architecting applications. He repeated this at the NYC AWS Summit to reinforce the point he is so passionate about. It's not just a bunch of new services, its a new mental model.

Answers for AWS have invested heavily in learning the best techniques and methods to help our clients adopt this new way of doing business. Whether it is how to architect your application to run smoothly on dynamic hardware, or which tools and services are available so you don't have to make another hire, or even how to dip your toe in the water by migrating a small piece of your application to AWS.

The time has come for engineers, architects, and business executives to embrace the new paradigm and forget the old, slow moving world... or risk getting left behind.